G-Money is a 28 year old amateur MMA fighter who had a 1 -1 record going into Friday night’s Championship bout vs David Steffan 2 -2. This 3rd fight between the two men had G-Money winning impressively by standing guillotine choke at the 1:11 of the first round.

G-Money set up the submission by scoring with a kick to the stomach and then a second kick – followed by a combination that pinned Steffan against the fence- he then pull down on Steffan's head – reached for a the choke position with his left and then proceeded to pound Steffan in the side – until securing the choke. Showing his improved stand up and fight IQ spotting the opening – then showing his BJJ purple belt skills jumping on a Jon Jones like standing choke this was truly an impressive performance of Mixed Martial Arts by this adaptive fighter.

Each of these athletes is special in their own way; Garrett has Down syndrome and David has cerebral palsy; they showed the world once again that people can achieve amazing things when given a chance.

Garrett’s story has been documented by ESPN Sports Center as well as FUEL TV’s UFC Ultimate Insider and various articles also. At the age of 19 Garrett began his journey into Martial Arts. Garrett’s fight has always been to be included – not to be judged just because he happens to have Down syndrome. Martial Arts gave Garrett that chance –his hard work, determination and heart has amazed his coaches and training partners. Garrett feels he has earned his chance to compete against am opponent of equal ability. Garrett has showed how much he feels that Martial Art s has helped him he has established Garrett’s Fight Foundation the foundation provides Martial Arts and Physical Fitness programs for teens and young adults with special needs. Garrett gives his free time to train other adaptive athletes.

Garrett’s work with others is what is really inspiring – giving back in the Martial Arts tradition.

Bringing the Spirit of New Orleans to a City Near You 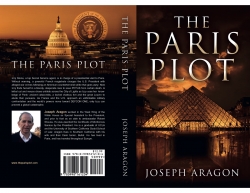